Talking Tales is open for submissions for the next event on Tuesday 10th December 2019.

Here is our manifesto:

lking Tales is a lovely night of stories, with a warm audience in a great venue. If this sounds like your kind of party then put pen to paper and vote with your feet.

Stokes Croft Writers would love to see you there. 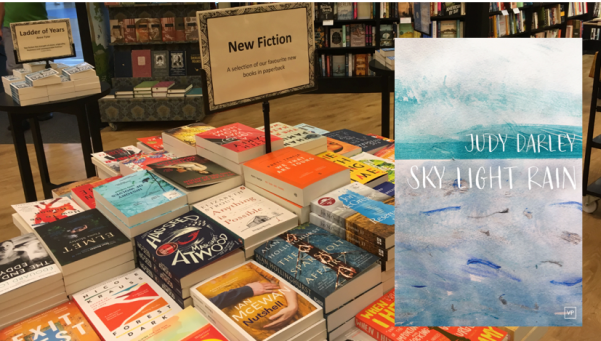 To celebrate the launch of her second collection, Sky Light Rain, author Judy Darley invites you to an atmospheric evening of readings and music on the themes of sky, light, and rain. Drawing on her enduring fascination with the fallibility of the human mind, Sky Light Rain is a collection of short stories and flash fictions examining aspects of human existence, our relationship to nature and complex behaviours towards one another.

This is a Bristol Festival of Literature 2019 fringe event.

Tickets are free but limited, so don’t forget to book yours.

If that seems a little presumptuous, let me explain. The flash fiction special is celebrating the art of very short stories, poems and all other forms of creative writing. We have an upper limit of 300 words and we have confidence in you.

We believe in your writing – whatever form that may take. We believe in your ability to knock our socks off at the beginning, the middle or the end. We believe you know that Talking Tales is a lovely night of stories, with a warm audience in a great venue. And we believe…this is the important bit…that between the tennis, the barbecue, the warm Summer nights, the paddling and the 99s – we believe you’ll pull your digits out and give us 300 of your best by 9th August (submissions close then).

Hosted by the awesome Christopher Fielden who will also be launching two of his writing challenge anthologies on the night. Are you in them? If not, there’s no excuse not to be in the next ones.

E-mail your submissions (300 words or less) to: stokescroftwriters@gmail.com

Stokes Croft Writers would love to see you there.

Dahlia Publishing is delighted to be publishing Susmita Bhattacharya’s short story collection, Table Manners. I’ve been a fan of Susmita’s work for years and had the pleasure of working with her on our Beyond the Border anthology in 2014. It was only recently that I plucked up the courage to ask Susmita whether she had plans to work on a collection. I was delighted when she said yes. In this short blog, Susmita Bhattacharya tells us more about her fascinating life, moving from place to place on oil tankers, and how this informs her short fiction.

When I began my writing career, I had no idea how true Jodi Picoult’s quote would be and how much it would relate to me. I had no idea, in the first place, that I’d be leaving my home in Mumbai and travelling around the world on oil tankers for three years with my husband. I had no idea that I’d live in five cities in three different countries that I’d call home. And I certainly had no idea how much I’d miss the place where I was born. Where I’d grown up. Until I moved so far, far away from there.

I lived in Cardiff, back in 2004, when I wrote my first short story that was published. It was filled with nostalgia for Mumbai, the place I had left. I remember feeling so homesick while writing that story that I cried and ached to go back home. I also wrote about Singapore, where I had lived prior to Cardiff and that had a different feel to it. It was more to do with the culture, the sights and sounds and tastes – because that’s how I had experienced the city. It did not pull me emotionally like my city, Mumbai, did.

While in Cardiff, I did my Masters in Creative Writing at Cardiff University. I was putting together a collection of short stories as my submission. I realised most of my stories were set in India – one in Singapore. But I couldn’t set any of my stories in Cardiff. I lived there for nearly five years, but I didn’t dare to. I didn’t feel like I had immersed myself enough to be able to do justice to it. Except the one where the protagonist lived in Cardiff but pined away for Mumbai. That was kind of autobiographical, and I learned to move away from such themes quickly.

Finally, after moving to Plymouth, I got the distance I needed from Cardiff and did not hesitate to set my stories there. I realised that not being present in the place I was writing about gave me a new perspective about the place that I missed while actually living in that city. I still haven’t got that distance form Plymouth, having moved once again, to write about it. But I will – soon enough.

My days of sailing gave me the distance I needed from myself. It put me in an extraordinary position of leaving the ordinary life behind and experiencing new adventures. It was a fantastic opportunity for me to reflect and think about my life and my goals. It gave me time and space to write and to experience the world quite organically. It helped me see new worlds and cultures, and it definitely helped me figure out how much I valued my starting point.

The stories in my debut collection, Table Manners are my attempt to capture some of these experiences, physical and emotional, my starting points and create fiction that explores this sense of place.

Susmita Bhattacharya was born in Mumbai. Her short fiction has been widely published, been nominated for the Pushcart Prize and broadcast on BBC Radio 4. Her novel, The Normal State of Mind, was published in 2015 by Parthian (UK) and Bee Books (India). It was long listed for the Words to Screen Prize by the Mumbai Association of Moving Images (MAMI). She teaches contemporary fiction at Winchester University and also facilitates the Mayflower Young Writers workshops, a SO:Write project based in Southampton.

“A winning collection. These stories are delicately shaped around sharp and tender moments rendered in rich, vivid prose.” Mahesh Rao

Table Manners launches on 28th September 2018 at P&G Wells Bookshop in Winchester. Everyone is welcome to join us for an evening of readings and refreshments.

Arachne Press are excited to be launching We/She on 16th August at 6.45pm

We/She is their latest Liars’ League collaboration and the second of their #WomenVote100 tributes – although there isn’t a suffragette in sight. Instead they play around with traditional ideas about women, and turn a few (actually, a lot of) myths on their heads. Expect dragons, mermaids, ‘dead wives’, mediums, mothers… and Elvis.
It’s free and there will be readings and refreshments, and, obviously, signed books to buy. 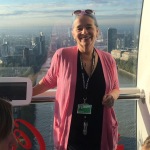 Other authors are attending, so there will be lots of people to sign a copy of the book for you.

The launch coincides with the 39th anniversary of the death of Elvis… what has that to do with a book of stories by women, you ask… come along and find out!
RSVP

The Siren Press invites you to the launch of Fugue Vol. II – the second volume of contemporary short stories in the Fugue anthology series.

Find out  more about The Siren Press here.

Featuring a group of explorative short story authors, writing to you from outside the construct of the thematic anthology, the ‘Fuguists’ bring to you an exceptional array of contemporary short fiction. Crafted in ways that play with traditional notions of short story form and content, accompanied by the equally disquieting illustrations of artist Alexandru Savescu, Fugue Vol. II is set to inspire and enthral.

We invite you to join us for author readings, a print exhibition of the illustrations featured in the anthology and drinks, at Enitharmon, one of Britain’s most enterprising and independent presses:

Step into the visceral world of Fugue, and open your eyes to the blood soaked streets of Norfolk Drive; feel the weight of the brooding eyes that watch you from the confines of “the hole in the wall”; play detective and solve a murder that occurs in the space of another person’s dream; follow your feet into your past and metamorphose into the mythical creature whose image haunts you.

Fugue II continues the theme of disorientation and probing the unsettling, fantastically hilarious and often exceptionally dark minds of some of today’s most exciting short fiction writers. The Fugue series prides itself on featuring characters with divergent viewpoints of everyday reality, and hopes to promote alternative ways of experiencing and describing our world.

Please come along, all welcome!