where sex and storytelling collide

You know what a poetry slam is, and maybe you know about story slams, too. Now it’s time for London’s first-ever SMUT SLAM, a fast-paced storytelling open mic based on real life, real lust, real sex. The Smut Slam features real-life, first-person sex stories, guest stories from our panel of celebrity judges, and also THE FUCKBUCKET, a convenient and funnily named receptacle for all your anonymous questions and confessions!

In April Cameryn was stuck in Berlin (long story) and so some of the nights had exciting replacement guest hosts, but for May Cameryn is BACK and she’s also bringing her SMUT SLAM Cabaret to the Brighton Fringe!

SMUT SLAMMERS sign up on the night to tell a 5-minute dirty story, based on their real lives, and a lucky eight to ten names will be drawn at random.

NOT A SMUT SLAMMER? Don’t worry. The audience is in for a good time at SMUT SLAM! Sit back and enjoy. All we ask is: – No interrupting. – No heckling. – No necking in the front row. Doors open at 8pm, and the smut starts slamming at 8:30. Admission is only £10 at the door, 18 and over please!

SMUT SLAM is CREATED by Cameryn Moore, an award-winning playwright/performer, sex activist and educator, and, oh yeah: a phone sex operator. She is super excited to introduce London and Smut Slam to each other! When not performing, taking calls, or actually having sex herself, Cameryn writes Sidewalk Smut: custom type-written pornography as street performance and literary art.

The Smut Slam originated in Boston in 2011, became thoroughly established in Montreal that same year, and has since traveled all over the world, with standing-room-only shows in the Edinburgh Fringe Festival, a whopping 100+ crowd in Atlanta last November, and a sold-out show in Boston in 2016. 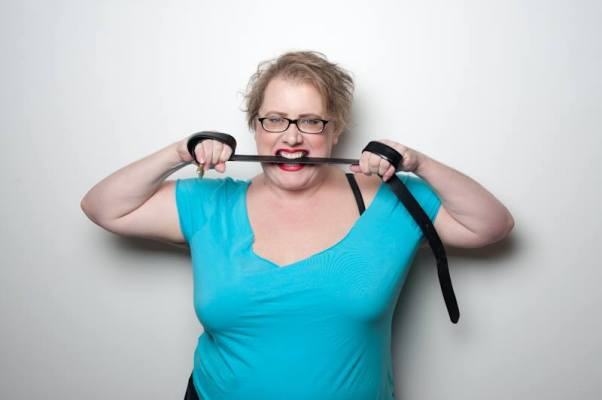 2 thoughts on “Smut Slam: May”