Join us for the launch of our third anthology of the best in regional women’s writing together with some of the finest and most exciting women musicians around.

This year Words And Women is also marking its fifth anniversary by raising money for Women for Refugee Women, an organisation which challenges the injustices experienced by women who seek asylum in the UK.  Tickets are a snip at £5. All are welcome.

There is also a free literary warm-up in the Arts Centre bar between 6 and 7pm.  BooksTalkBack is an interactive literary event for aspiring authors, and offers 2 writers longlisted in our prose competition, an opportunity to have their writing publicly critiqued by author Eliza Robertson.

Karen Reilly has been hailed as a saviour to women in rock in Toronto and featured in the Top Ten stage-show 2014  for The Guardian – described as ‘A joy inducing original’ The Times,  ‘A total game changer’ The Guardian, and ‘Truly outstanding’ The Telegraph. 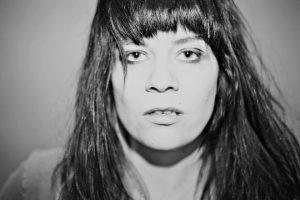 Emily Winng is a quarter of Sargasso Trio and sings songs of heartache, revenge and ‘ramshackle crazy woman songs.’ Expect beer bottle percussion and some hollering and wailing – in a good way. 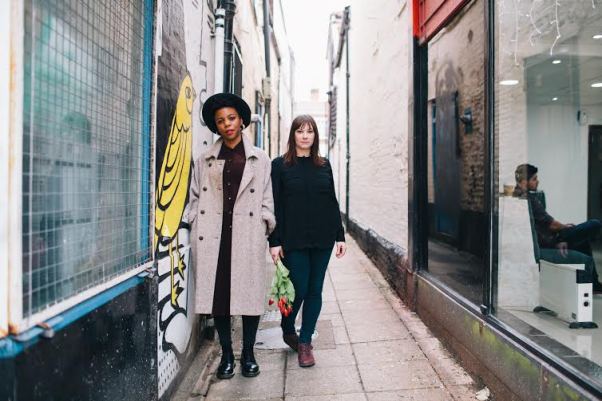 Sink Ya Teeth is a unique and mesmerizing two piece, Gem Cullingford and Maria Uzor, minimal in sound with a crystalline primal ferociousness that reflects the band’s name.

Kimberley Moore sings beautifully, performs, creates and facilitates from the depths of Suffolk. She writes serious (ish) lyrical songs that touch hearts on a surreal journey.

Other writers reading include Dani Redd, Victoria Hattersley, Isabelle King, Margaret Meyer and Glenys Newton.  Their work is included in our anthology, published by Unthank Books, and there will be plenty of opportunity to buy copies on the night.

Words And Women’s co-organisers, Belona Greenwood and Lynne Bryan were runners-up for Women in Publishing’s New Venture Award in 2015.  The Anthology, shortlisted for a national Saboteur Award in 2014 has been described as ‘…a refreshing, vibrant collection that has redefined the way I see women’s writing.’ And R.M. Bond-Webster, writing in the EDP: ‘Words and Women: Two is an excellent anthology of imaginatively and superbly written pieces.’